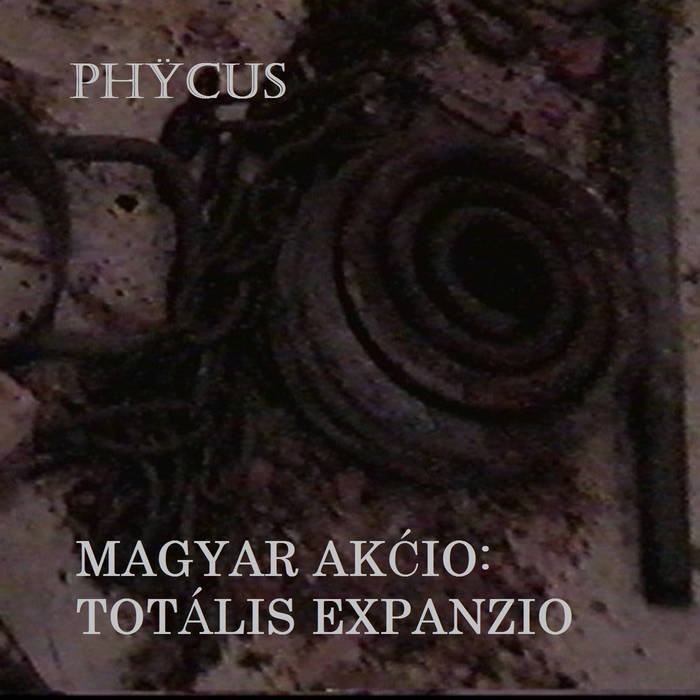 July, 1997. Neoists from around the globe converge in Hungary for a series of festivals in the cities of Vac, Budapest, and Debrecen.

ONLY FOR THE STRONG: “Magyar Akćio: Totális Expanzio” is an expanded edition of “Magyar Akćio” with unedited versions of the tracks, bonus material and expanded liner notes.

Recorded at Orczy Kert, Budapest, July 8 1997. Orczy Kert is a crumbling building that used to be an officers' gym, and is now used as a performance space (Neubauten has played there, which probably explains its state of advanced decay), in conjunction with Tilos radio. Tilos means "forbidden" in Hungarian, a reference to its roots as a pirate radio station back in the communist days. Recorded by Gordon W.

Our first stop was the small city of Vac, on the banks of the Danube, about 45 minutes out of Budapest. There, the Neoists took over the annual Expanzio festival of performance art. The first day consisted of a press conference, a Neoist "Confusion Action" in a park that used to house a giant statue of Lenin, a trip to a Hungarian scrapyard in search of metal, and a noise improv by Phÿcus in the gallery of the local Cultural Centre (“Beat Beat Heavy”). For the evening’s events, the festival moved to an abandoned church where BruSex, tENT, and Brian did an "unseen" performance where we improvised sound while hidden in the balcony and behind the walls of the church.

Our final stop was the eastern Hungarian city of Debrecen, in an agricultural section of the country, surrounded by huge fields of sunflowers. The city's water tank is shaped like a UFO. We were there as part of the Tolerancia Rock Festival, held in a campground just outside the city. It was like Woodstock on a really small budget.

For some reason, the gallery was half filled in with sand. We were constantly receiving electrical shocks from our equipment due to the dodgy electrical system at the gallery. This…this is yours said the tech guy as he pointed to two bare wires that would be Brian’s power source.

Phÿcus was a Canadian industrial / experimental band that existed from 1988 to 2000. Phÿcus transformed from the traditional band format into a network that included over 50 contributors in a dozen locales, with Montreal as its centre of operations. Phÿcus' success was minimal, but their output was prodigious. Now in 2020, Phÿcus is back with a new release, "CrowleyWood". ... more

Bandcamp Daily  your guide to the world of Bandcamp

Benji B talks about his new compilation ‘Deviation Classics’